We welcome your comments and postings on our blog

The US of ALEC

Back in December 1958, retired candy manufacturer Robert Welch, Jr. invited a small group of well-heeled, politically reactionary associates to join him in Indianapolis for a couple of days. Welch's gathering wound up creating the John Birch Society, which would quickly become a byword for hard-right "Communists-under-every-bed" hysteria. It was the Birch Society that first advanced the theory that water fluoridation was in fact, a Communist plot, and that both President Dwight Eisenhower and then-Secretary of State John Foster Dulles were "knowing and active agents" of the 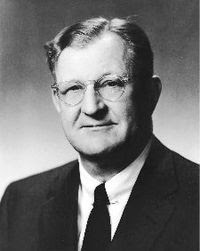 Soviet Union. The Birch Society also stood for limited government, mass privatization, a Constitutional Republic, and personal freedom.
One of Welch's chief financial backers was a man by the name of Fred Koch (pronounced "Coke"), founder of Koch Industries, which today is the second largest privately held corporation (after Cargill) in the United States. Fred Koch (1900-1967) who, despite being an unswerving anti-Communist earned his initial millions building the Soviet oil industry, firmly believed that the National Educational Association was a communist group and that public-school books were filled with "communist propaganda." His paranoia extended to all unions, Dwight Eisenhower and what he called the "pro-Communist" Supreme Court.
Although Fred Koch died 45 years ago, his ideas live on in his sons Charles and David; they frequently refer to President Barack Obama as a "hard-core Socialist" who 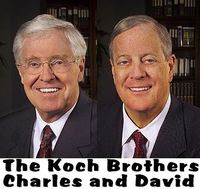 is "scary." And, like their father before them, they are firmly convinced that schools and prisons should be privatized; that all labor unions should be put out of business; that taxes should be somewhere between very, very low and non-existent; that government at any level has no business enacting regulations of any kind; that left to its own unfettered devices, the free market can solve virtually any problem; and that the Federal Government's only role is national defense -- underwritten by a robust private-sector, federally-subsidized defense industry.
Where Fred Koch merely attempted to actualize his paranoiac political Weltanschuung by underwriting the John Birch Society (which has experienced a bit of a renaissance in the past few years), his sons have found their vehicle in something called "ALEC" -- which stands for the American Legislative Exchange Council." ALEC's self-description is as innocent and innocuous as the Grange or Rotary International: "ALEC is the nation's largest, non-partisan, individual public-private membership organization of state legislators." However, lurking just a millimicron beneath the surface, ALEC is far, far more; it is likely the most formidable threat to Democracy and the vox populi in our nation's history. Now, before this last statement is dismissed as the paranoiac rantings of some far-left loony (which I can assure you I am not), please know that proof of this assertion comes from . . . ALEC itself.
Founded in 1973 by Paul Weyrich, who also founded the Heritage Foundation, ALECs members include more than 2,000 conservative state legislators from all 50 states. At its most recent "States and Nation Policy Summit," held shortly after the

November 2010 elections, speakers included Texas Governor Rick Perry, Newt Gingrich, and House Majority Leader Eric Cantor. Far more important than the 2,000 legislators who claim membership, ALEC has a host of "elite task forces" made up lawmakers and corporate representatives whose job it is to create legislative templates for the various state legislatures. Theses "legislative templates" cover issues ranging from education to health policy, and from the environment to union affairs. According the The Nation's John Nichols, "ALEC's model legislation reflects long-term goals: down-sizing government, removing regulations on corporations and making it harder to hold the economically and politically powerful to account."
Without realizing it, most readers of this blog are already cognizant of some of ALEC's most egregious legislative proposals. Ever wonder where so many state senators and representatives got the idea that in order to address their state's economic doldrums they had to legislate against unions? Why is it that in every Republican-controlled legislature (which obviously includes the U.S. House of Representatives) that faced with shortfalls in revenues, these legislative bodies almost universally choose cuts to public employment or services over progressive tax increases as a solution? Or how about all the legislatures that enacted measures to privatize everything from the Department of Motor Vehicles and prisons to schools and environmental services? Or institute so-called "tort reform?" How about the hundreds of bills -- most with identical wording -- meant to eviscerate the Affordable Care Act ("Obamacare")? Then too, where did so many state legislatures come up with the idea to enact measures making it harder for college students, seniors and low-income citizens to vote?
The answer to all of these -- and many more -- questions is the same: ALEC. In the worldview of ALEC's corporate directors and benefactors, Government's single contribution to the public is security. Outside of this function, it should be demonized, starved or privatized. According to University of Wisconsin professor Joel Rogers, who is an expert on ALEC, "Any force in civil society, especially labor, that contests the right of business to grab all social surplus for itself, and to treat people like roadkill and the earth like a sewer, should be crushed."
For years, ALEC had been operating behind a vast curtain of anonymity. Consider that one of the first measuresthat then-Texas Governor George W. Bush signed was an ALEC model bill giving corporations immunity for penalties "if they tell regulators about their own violation of environmental rules." (This bill was specifically pushed by the Koch brothers, who make billions from oil, coal and gas.) The link between ALEC and the Koch brothers goes well beyond money: Koch Industry's top lobbyist was once ALEC's chairman. As noted by Lisa Graves, executive director of the Center for Media and Democracy (and publisher of "ALEC Exposed"), "ALEC and the Kochs often pursue parallel tracks. Just as ALEC 'educates' legislators, Koch funding has helped 'tutor' hundreds of judges with all-expenses-paid junkets at fancy resorts, where they learn about the 'free market' impact of their rulings. . . . Koch Industries sits as an 'equal' board member with state legislators, influencing bills that serve as a wish list for its financial or ideological interests."
Up until very recently, the details of ALEC's model bills have been available only to the group's 2,000 legislative and approximately 300 corporate members. However, thanks to a leak emanating from ALEC's Spring Task Force meeting in Cincinnati, more than 800 documents "representing decades of model legislation" are now available online at alecexposed.org. These documents provide, in the haunting words of Bob Edgar of Common Cause, ". . . proof positive of the depth and scope of the corporate reach into our democratic processes. [Of how] dozens of corporations are investing millions of dollars a year to write business-friendly legislation that is being made into law in statehouses coast to coast, with no regard for the public interest."
I urge you to look at the Center for Media and Democracy website which contains proof of the shocking reality that is ALEC. The documents paint a picture, tell a story, that will hopefully make your blood boil, cause you to get off the couch, and take this country back from the Kochs, Weyrichs, and so-called "smart-ALECs" of the world.
For the last time I checked, this was still the United States of America, not the United States of ALEC.
Posted by West Bloomfield Lakes Area Democratic Club at 10:04 AM 9 comments:

Jack Goldsmith, former Bush administration lawyer,asserted that "perhaps the most remarkable surprise of his presidency" was that "Obama continued almost all of his predecessor's counterterrorism policies".

Obama and his team created a system "where people are being killed, you don't know what the evidence is, and you have no way to redress the situation" said former CIA case officer Phil Giraldi. "It's not that there are not terrorists out there, and every once in a while one is going to have to be killed for one good reason or another, but I want to see the good reason. I don't want someone in the White House telling me, 'You'll have to trust me.' We've had too much of that."

TSA Does Not Keep You Safe. It Never Has. It Never Will 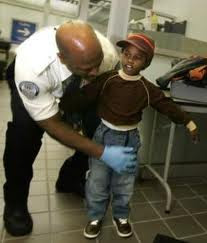 Go see the article at:

Send Comments and Posts to: Info@Wbldems.Info